Open letter to:     The CEO of Fairfax Media

[Final DRAFT: Please email me any changes you think may make improve this letter]

View the pdf version of this open letter. Please read the disclaimer.

I understand that Fairfax Media has at least a 45% shareholding in Neighbourly.

I further understand (or at least hope) that Fairfax may be unaware of the members’ concerns throughout the country.

I have written this letter under my name alone to prevent Neighbourly from kicking out more members.

I am writing this letter to make you aware of Neighbourly members’ concerns regarding:

The Neighbourly Team (NT) has now recently kicked me out of Neighbourly after sacking me as a Lead last year.

While I doubt I can help my own position, I can only hope that your awareness of the above can lead to a resolution acceptable to the existing members.

I believe NT has a high/heavy-handed hard-line bullying totalitarian sledgehammer approach that is losing the goodwill of members except perhaps for the 99% of members (lurkers) who by definition seldom (if ever) contribute anything and would not buy anything commercially through Neighbourly anyway.

I am sure you believe in freedom of the press. I hope you are also an  advocate for freedom of expression.

NT needs to consider whether their physical neighbours would be talking to them if they treated them the way they treat the members. NT is not being “neighbourly” and would not be a good neighbour 😦

Just because NT gives itself the right to do these things, it does not mean that it is the right thing to do 😦

So long as what you say does not affect Neighbourly’s business interests the Neighbourly Team (NT)  don’t care of course what members think or feel (they have shown no interest in fixing any bugs [unless they affect the business users]).

We all believe in the concept of Neighbourly with a passion.

We are very disappointed that the concept has been used as a hook by the Neighbourly Team to grow the database of members with little (if any) concern for the members or staying true to the original concept.

I think it is sad that the business interests are now being promoted at the expense of the members.

Members simply will not buy from companies if advertising continues to be rammed down their throats on the Noticebard.

Members will simply Boycott companies advertising on the Noticeboard.

Even issues brought to the attention of NT by Leads have been ignored.

Even posts in my blog that may not seem relevant are useful for your review since they have all been made accessible (on Neighbourly) to members in my suburb/ Neighbouring suburbs.

You may like to review these posts in my blog at https://aaamazingsite.wordpress.com/

We are very committed to the original concept of Neighbourly.

As an example I and another Titirangi (Auckland) member (both Titirangi Leads until we were sacked by NT) provided assistance and support to another member in a neighbouring suburb.

This member had a fridge repaired by a repairer who claimed to be an authorised Fisher and Paykel repairer (but would not supply any evidence of this). He refused initially to even come back when his original repair did not resolve the issue.

It appeared that the owner’s warrantee was likely to be voided through using a repairer that was not an authorised F & P repairer.

Through our intervention over two months the person now has a new fridge.

Many members offered support to the owner.

Neighbourly (NT) disabled replies to the owner’s post claiming that it had been hijacked.

Clearly Neighbourly had not even read the post because the “ticket” expressed concern over the owner’s “cat”- no wonder they thought the thread had been hijacked (gone off track)!

Below is the “ticket”:

Once NT disabled replies, the post would quickly disappear out of sight (long before the usual 30 day automatic disabling of replies) and many members would not be able to benefit from the valuable information in Karina’s post including the lessons she learnt. Very disappointing 😦

There should never be any disabling of replies (even after 30 days) unless the original poster wishes this to happen.

Other versions were also included in replies.

Below is my final version: 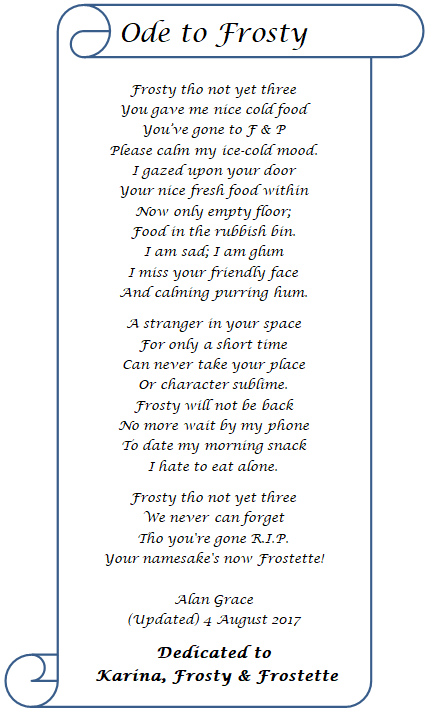 Clearly NT could not have read virtually any of the thread. Otherwise NT would have realised Frosty was not a cat.

Almost all active Neighbourly members may become lurkers without your assistance.
Imagine the business consequences since 99% of members are already lurkers who by definition seldom (if ever) contribute anything and would not buy anything commercially through Neighbourly anyway.

One member has mentioned McCarthyism to me in relation to NT. See: https://en.wikipedia.org/wiki/McCarthyism

Early in 2015 I wrote a post:
Neighbourly: Big Brother? Nanny State? Police State? Cyber Nazis? I hope not 😦
Sadly I’m afraid it is … and not just a Nanny State either!

Maybe Neighbourly should be renamed Casey’s Banana Republic. No bananas here. Certainly no Garden of Eden. No Eden snake tempts you with an apple; it just strikes without warning and poisons you with its venom 😦

Until then (and perhaps afterwards) Neighbourly will keep its apt nickname Neighbully.

I believe Neighbourly was a master of “fake news” and “alternative facts” before I heard this terminology was popular in the U.S.

We are also concerned that the number of members has been exaggerated.
When Neighbourly claims to have 500,000 members there could actually be at least 65,000 non-existent ghost members included in this figure. i.e. the actual number of members could be over 65,000 less (less than 435,000).

On 20 March 2015, I was asked a second time to write something for the NZ Fairfax Easter Ezine (e.g. Western leader etc.).

I sent in a poem two days later “The Meaning of Easter”, renamed this year “Neighbourly Lost” based on Ecclesiastes Chapter 3.

Below is the poem with the new title:

I believe that Neighbourly may have lost its way: 😦

I was hoping to complete this letter in ten pages. Oops … I didn’t quite make it.

Neighbully has of course been aware of all these issues and has simply decided to ignore them and considers sacking anyone who raises the issues (including Leads). 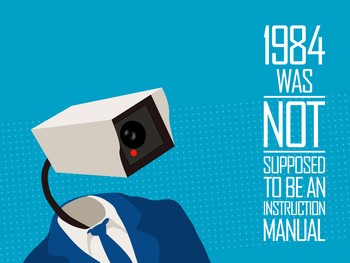 This letter expresses the opinions of the author and has not been sent … yet.

I hope you can address our concerns and I look forward to hearing back from you.